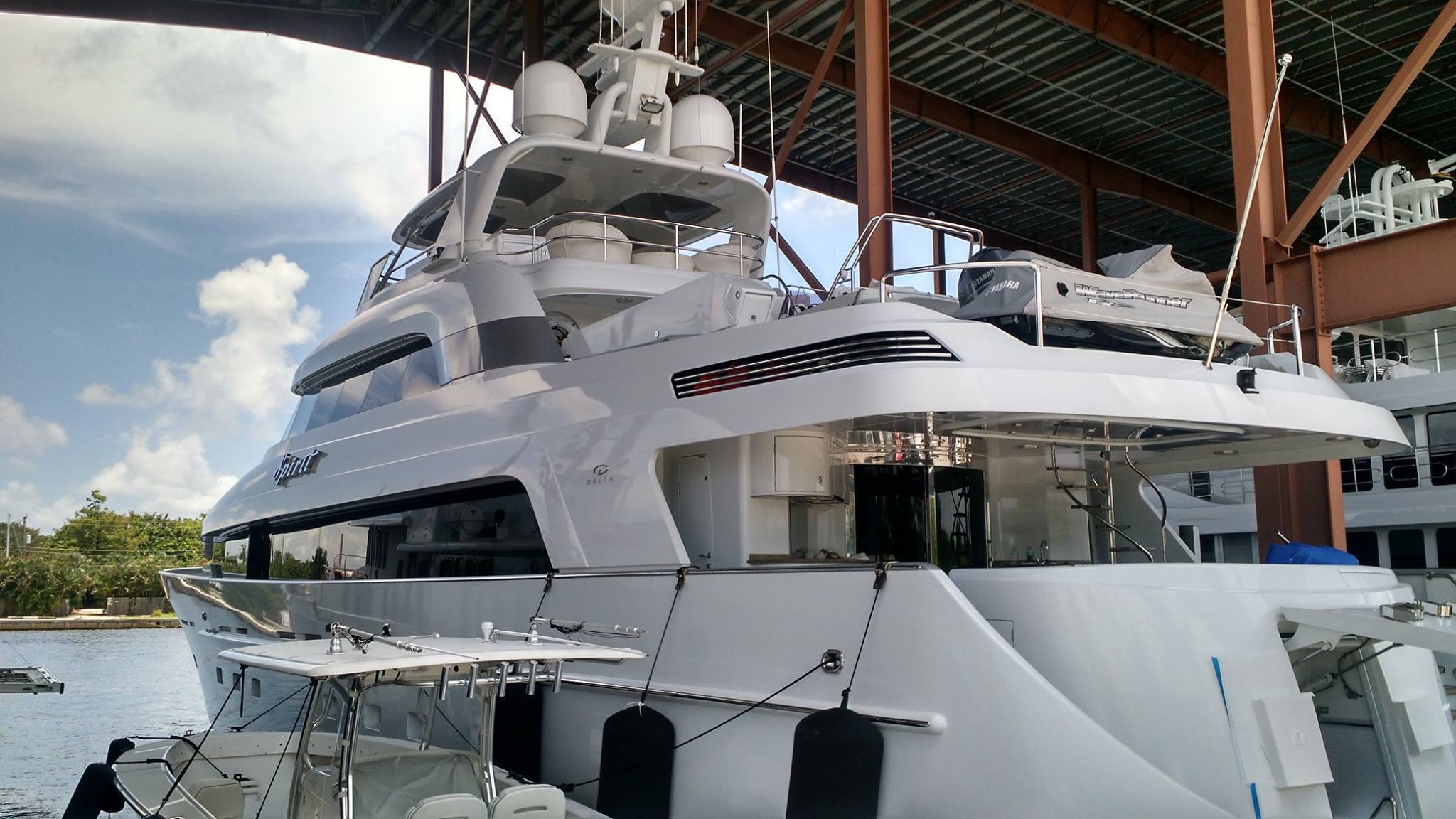 In March, 2018, Master Odor Removal successfully completed an odor removal service in a 100+ft yacht in Fort Lauderdale, FL. The odor issue was at first a mystery. The Captain for the Motorboat Spirit, had tried to figure out the cause for weeks prior to a big charter and found us through a yacht broker in town. The odor described was a foul waste smell coming up through the lower decks and “polluting” the main cabins and living areas.

Prior to and during the inspection the crew had placed air scrubbers and fans in the lower deck areas in an attempt to “dry / air out” the offensive odors to no avail. On the off chance they had a smell emanating from some other bilge source -the mostly likely sources arise from draining the ice box or shower to the bilge. Either of these will introduce organic material into the bilge, a warm and wet location, and will result in smelly organic growth.
The most likely culprit is could be a head hose, the line from the head to the tank. This hose is the most likely to be holding effluent, and if a hose is holding effluent the smell will eventually leak out. The drains from the massive refrigerator and cool box were clear and no spilled milk or other amino-acids had been spilled ending up in system.

The original odor cause could not be identified by the yacht services crew.

Upon initial inspection, we rated the affected areas a Level 4 (1-5 scale). The yacht was wet moored in a covered slip and showed no visible signs of water leaking, or toilet issues in the multiple bathrooms. The port holes were sealed and the recent charter had experienced no issues to would lead to an easy identification of the odor source(s). We had to find and inspect over 19 air conditioning intake units in all the cabins and bathrooms, with no signs of mold either. We used a UV/ / Black light system to inspect for mold / mildew / spilled contaminants with no clear signs of bacterial causes.

We looked from engine room to galley and discovered that the bilge water had become fouled and needed a odor removal service.

Therefore, unlike competing technologies which lack the flexibility to use alternate approaches and / or address odor problems with gas solutions such as ozone that typically increase the possibility of adding additional odors and not solving the primary odor concern; Master Odor Removal’s unique odor inspection protocols and subsequent application of our 2-Step Molecular process effectively offsets any additional client costs while simultaneously increasing the expected odor removal we guarantee.