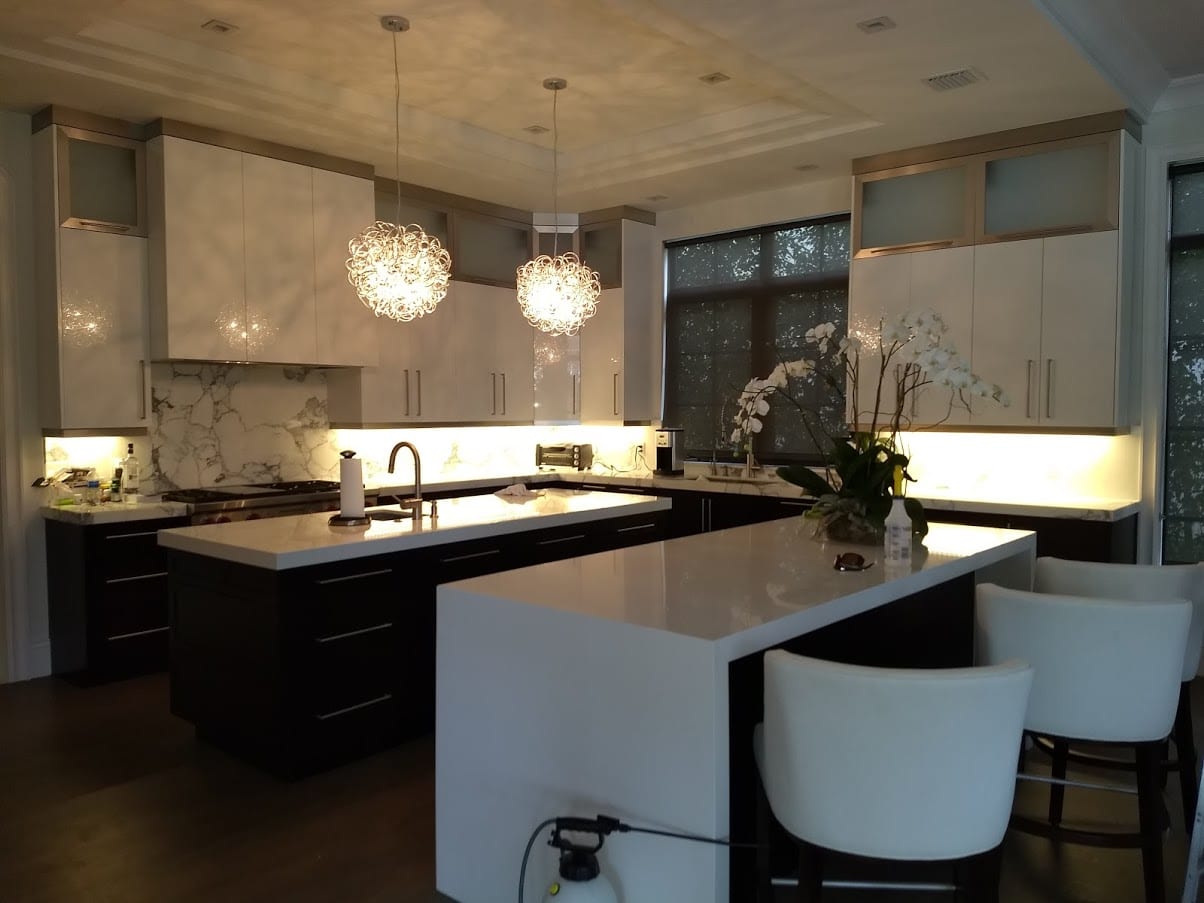 In July 2018, Master Odor Removal successfully completed an odor removal service in a luxury 7500 sq. ft. home in Boca Raton, FL. The odor issue was caused by smoldering cooking pan that had started to burn and was left for several hours. The 1700 sq. ft. area had 20 ft ceilings, three islands which led to the open adjacent dining and family room and large spiral stair case lead to the upstairs narrow hall and bedroom.

All areas had a Level 5 (1-5 scale) burnt or scorched smell which included the cabinets, furniture, drapes and custom carpeting and in closeted large food pantry. The home had four air conditioning units which were in the attic that would have to be treated separately.

The owner prior to our visit, had tried to just air it out and then used common cover-ups after cleaning the stove area – which only contributed to making the source odor smell pronounced throughout the homes other living areas. The owner was only interested in a rush and same day service!

The odor was caused by tiny microscopic burnt plastic particles that were clinging to ceiling walls, furniture, floors, clothing and other items now inside most of the home carried in part by the time of smoke exposure and air conditioning cycling on and off. Smoke particles get into the tiniest nooks and crannies and can be difficult to remove. The stove area / back splash had visible signs of carbon though the other areas had no blackness that could be seen or even evident in the microfiber white cloths that we used to test prior to molecular chemical application. All living areas of the home had been expertly cleaned prior to our inspection.